U.S. government bond prices slid Wednesday, sending yields to fresh multiyear highs, after minutes from the Federal Reserve’s latest meeting struck some investors as being more hawkish than they had expected.

Bond yields, which rise as prices fall, have climbed higher this month, lifted by signs that long-dormant inflation could be picking up and by concerns that larger budget deficits could increase the supply of government bonds in the market at a time when the Fed is tapering its bond purchases. Some investors also worried that firming inflation, which threatens bonds since it chips away at the purchasing power of their fixed interest payments, could push the Fed to pick up its pace of interest-rate increases.

That backdrop left some investors disappointed with the tone of the minutes from the Fed’s Jan. 30-31 meeting, which showed officials thought “the strengthening in the near-term economic outlook increased the likelihood that a gradual upward trajectory of the federal-funds rate would be appropriate.” The minutes also showed that several Fed officials pointed to increased confidence that inflation would move toward the central bank’s 2% target. 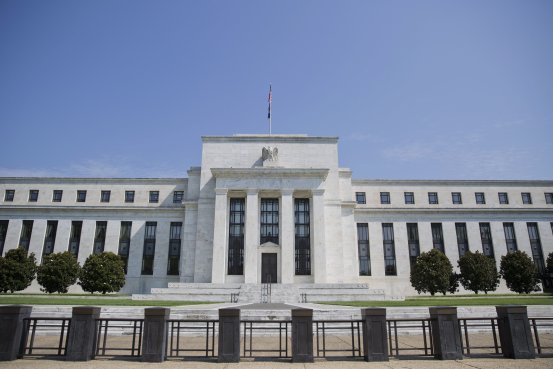 Heading into the release of the minutes, some investors had expressed doubt that a recent pickup in various measures of inflation, including wage growth and consumer prices, pointed to a broader firming of prices—as opposed to one-time anomalies.

“This FOMC minute was not very friendly,” said Tom di Galoma, managing director of rates trading at Seaport Global Securities. “Accounts are really worried about being long too much duration here and worried you’re going to potentially see a much bigger bond selloff.”

Bonds carrying shorter durations came under additional pressure after the release of the minutes, with the yield on the two-year Treasury note, which tends to be especially sensitive to interest-rate expectations, settling Wednesday at 2.270%, the highest level since Sept. 8, 2008, compared with 2.227% Tuesday.

Meanwhile, expectations for further rate increases rose. Federal-funds futures, used by traders to place bets on the course of interest rates, showed Wednesday afternoon a 29% chance the Fed raises short-term interest rates at least four times by year-end, up from 25% Tuesday, according to CME Group.

The past two months of selling have sent the yield on the 10-year Treasury note, which affects everything from mortgage rates to credit cards, closer to the 3% mark—roughly where many analysts had expected it to end the year.

Still, some investors remain skeptical of how much further bond yields will climb in the next couple of months. Further data suggesting inflation is moderating, not accelerating, could cap a rise in yields, investors say.

“It felt like it was overdone,” Greg Peters, managing director and senior investment officer at PGIM Fixed Income, said of the month’s selling in Treasurys. “Inflation is stabilizing here, but it’s not at a tremendous takeoff point like some people are predicting.”

A Bullish View on Short-Term Treasury

Rate hike? Protect your 401(k) from rising interest rates with this plan