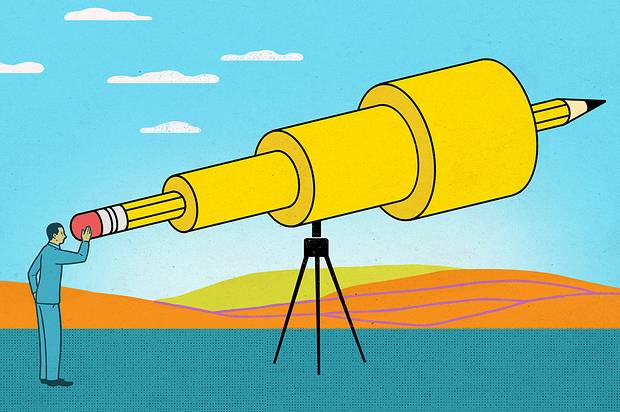 If ever there was a time for bond investors to be stingy about management fees, it’s today. The winding down of a 35-year bull market in bonds, coupled with the threat of rising inflation, means that returns are going to be smaller—making every basis point count.

Yet the obvious answer—low-cost index funds and exchange-traded funds—doesn’t quite work as well for bonds as it does for stocks. “The vast majority of bond index funds are market-cap weighted, and almost by definition that can become problematic,” says Michael Tiedemann, CEO of New York–based Tiedemann Investment Group Advisors, which manages $18 billion. “Those tend to be heavily weighted toward the serial issuers of debt, and oftentimes those are the most leveraged.”

The industry has an answer—and it comes in the form of factor-based funds. These funds, which are primarily available as ETFs, aim to give investors the best of index investing (low costs, transparent portfolios) and active management (choosing bonds for reasons other than just size) by tracking rules-based indexes that screen and weight securities based on macroeconomic variables or stylistic traits, such as value or credit quality.

This type of hybrid indexing has proved popular with equity investors; there are now 664 such stock funds managing a collective $900 billion, according to Morningstar. Fixed-income investors, however, have only begun to dip their toes in the water.

One challenge is nomenclature. The term factor investing is often used interchangeably with smart beta or strategic beta, though not everyone agrees they are all the same—and none of these labels roll off the tongue. “It’s really hard to say fixed-income smart beta,” says Martin Small, head of U.S. iShares at BlackRock, which now has five such funds, the largest of which is the $126 million iShares Edge U.S. Fixed Income Balanced Risk ETF (FIBR), launched in February 2015.

Another hurdle is the nature of fixed-income investing—bond investors are, by definition, risk-averse—and fixed-income markets, where bonds are usually traded infrequently and not on exchanges. “Fixed-income strategies have another layer of risk because of liquidity considerations—there is a greater distance between what a model does and what happens in real live trading,” notes Kara Murphy, chief investment officer of United Capital, which has nearly $22 billion under management. “From an investor perspective, people are going to need to see this implemented.”

The financial crisis put the category on ice—following two 2007 debuts from Invesco, there was nothing until 2011—but over the past several years, the major asset managers and ETF providers have entered the space. In June, Fidelity rolled out its first factor-based fixed-income funds, the Fidelity Low Duration Bond Factor ETF (FLDR) and the Fidelity High Yield Factor ETF (FDHY).

“Fixed-income indexing is just younger and newer than equity indexing, but there is a huge amount of room for improvement [on traditional indexing],” says Dan Draper, head of Global ETFs at Invesco, which manages nine different factor-based fixed-income funds, totaling $6.8 billion, or about half of all the assets in the space.

As with their equity brethren, fixed-income funds are available in many different variations, for many sectors. Broadly speaking, however, they aim to help investors better pinpoint the two biggest sources of risk and return: credit quality and duration.

The bellwether benchmark for most U.S. investors, the Bloomberg Barclays U.S. Aggregate Bond Index, doesn’t do either well, say fans of factor investing. First and foremost, the index is heavily tilted toward government debt, recently 39% Treasuries and 28% mortgage pass-through securities.

“If you’re an investor worried about rising rates, there is a lot of extra risk that comes into play,” says Mark Carlson, senior investment strategist at FlexShares, which launched its first fixed-income factor ETFs in 2011 with the FlexShares iBoxx 3 Year Target Duration TIPS ETF and its five-year counterpart; both ETFs are designed to give investors more precise duration than they would get in a vanilla Treasury inflation-protected securities index. FlexShares now has five such funds, plus a fund of factor funds, the $30 million FlexShares Core Select Bond (BNDC), launched in 2016.

These funds are also more transparent and predictable, says BlackRock’s Small. “In the case of FIBR, for example, it does exactly what you expect it to do, which is to give you a 50/50 exposure to credit spreads and interest rates,” he says of the ETF, which is up an average of 2.2% a year over the past three years, versus 1.8% for the aggregate.

Meanwhile, investors worried about credit risk—a legitimate concern given rising corporate debt levels—may be drawn to factor funds that weight holdings not just on how much debt they own, but also on the quality of their cash flows and the relative value of securities. “This is what active managers try to do every day,” Carlson adds.

Still, for fixed-income investors interested in factors, Tiedemann cautions about factors that swing the pendulum in the other direction. “As you get away from larger issuers of debt, there can be some give up in liquidity,” he says. He also recommends keeping it simple—avoid too many or too complex factors—and starting with the most efficient parts of the market, such as government bonds and investment-grade corporates. When it comes to riskier asset classes, such as high-yield or emerging markets, he still prefers human managers.

“The factor-based funds that offer higher yields are systematically overweighting credit, so while you may have a higher yield, you gain the possibility of more volatility in periods of credit market weakness,” Tiedemann cautions.

Consider the largest and oldest factor bond fund, the Invesco Emerging Markets Sovereign Debt ETF. It has outperformed 69% of emerging market bond funds over the past decade, but recent performance underscores that factors aren’t foolproof. The fund is down 7% and ranks near the bottom of its category for this year.