Rick Rieder, who oversees $1.7 trillion as chief investment officer of BlackRock’s (BLK) global fixed income, said at a briefing on Wednesday that bond investors need to rethink go-to strategies as the Federal Reserve begins to raise rates and come out of its quantitative-easing mode, creating an “extraordinary” period for the market. 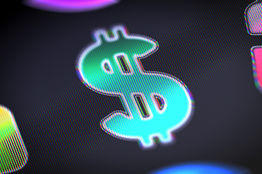 Using longer-term bonds as a way hedge the risk of stocks in a portfolio is one popular strategy that may not work as well, Rieder said. A risk-parity strategy that balanced stocks and bonds and neutralized risk with tools returned about 8.2% over the last decade but was down 6.9% year-to-date.

To hedge risk, Rieder said investors need to invest in lower-risk options rather than use tools to manage that risk. What other popular strategies may not work as well? He also singled out selling volatility, which he characterized as using tools to get income or by taking spread risk, and taking more credit risk to get yield.

“The story of the year is that the short end of the interest-rate curve has moved up, and markets have underestimated how big of a deal this is,” Rieder said. Now, investors can get income from two-year Treasuries, for example, without having to take a lot of risk–either in terms of credit risk or international risk.

And there is plenty of risk out there. Rieder, who always packs his presentations with charts, highlighted one in particular: the growth in the U.S. deficit while the U.S. economy is going strong. “You don’t usually see this, so the question is how are we going to pay for this, which is a big issue for fixed-income markets,” he said, noting that the debt needed to fund U.S. growth and what the market will have to absorb in terms of net debt issuance from the Treasury is historic.

That feeds into his outlook: Rieder expects much of the growth from the recent fiscal stimulus, like the tax cuts, to be front-loaded. In other words, he expects growth to be strong in the near term, though a recession could come in 2020 or 2021. And while Rieder expects inflation to pick up, he says it won’t be as quick as some expect. While some fear the Fed could raise rates at a pace of five hikes, he expects about three or maybe four hikes a year.

For Rieder, the way to make money in bonds right now is to stick with shorter-term bonds and take some risk in owning emerging market debt. Not only is that part of the world less indebted than much of the developed world, valuations are still attractive enough that investors are getting compensated for taking the risk, he says.

Bonds Near A Short-Term Low